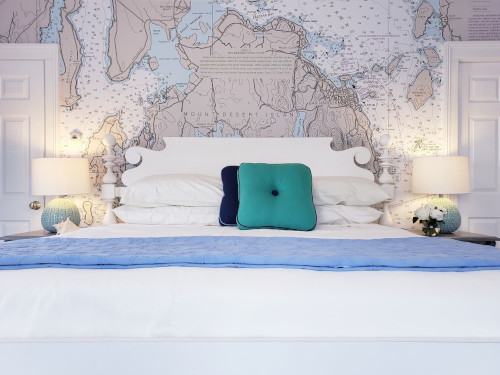 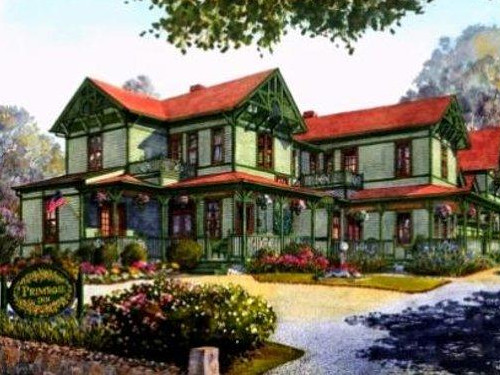 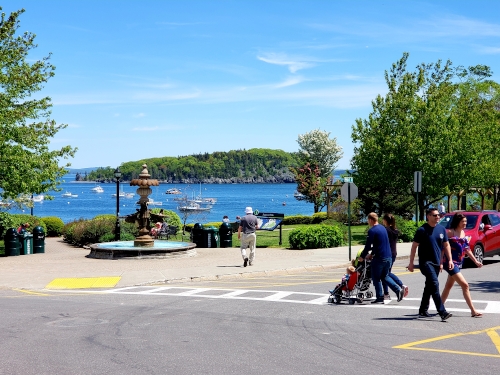 The Primrose was constructed in 1878 by Col. William F. Holland, a banker from Savannah, Georgia. Throughout Bar Harbor’s “Gilded Age” of the late 19th and early 20th centuries, summer residents like Col. Holland sought out the most prestigious addresses for their summer “cottages.” Col. Holland settled on 73 Mount Desert Street, where The Primrose resides amidst a tree-lined row of historic structures just 1,500 feet from The Village Green.

In the same year that the Primrose was built, St. Saviour’s Episcopal Church was constructed just a couple blocks down the street. Around 1882 Col. Holland sold Primrose to Christopher Starr Leffingwell, the first rector for St. Saviour’s. Reverand Leffingwell served at St. Saviour’s for 20 years until his retirement in 1899.

Primrose is a unique example of a relatively uncommon architectural technique known as the “Stick Style.” Reaching the height of its popularity around the time Primrose was built, the “Stick Style” featured the use of linear “stickwork.” This intricate trim feature is subject to the elements, which has resulted in many examples being lost over time. Thanks to its many caring owners over the years The Primrose has been thoughtfully preserved and remains a gorgeous original example of the stick style. Having narrowly escaped destruction in the Great Fire of 1947--a terrible blaze that cost Bar Harbor more than five dozen grand summer residences--Primrose is one of only a handful of extant 19th Century Bar Harbor cottages.

We look forward to welcoming you to The Primrose and sharing a gorgeous example of Bar Harbor’s rich history with you and your family!